If you’re a little squeamish about crushing unwanted spiders inside your house, a vacuum cleaner may be just the tool for eliminating those creepy crawlies. This article will detail just how deadly vacuums can be for spiders.

Contents hide
1. Can spiders survive vacuum cleaners?
2. Will a Dyson vacuum kill a spider?
3. Do vacuums scare off spiders?
4. Do insects die in the vacuum cleaner?
5. Does vacuuming kill spiders?
6. Conclusion

Vacuum cleaners can kill spiders. Smaller spiders can die from their soft exoskeletons being crushed in the vacuuming process, while larger spiders can be suffocated in the vacuum by the dust and dirt. In the unlikely event they survive this process, they can die of starvation inside the bag. However, if they do survive, they can crawl out if you let them stay inside the vacuum cleaner.

According to an arachnologist with the National Museum of Natural History, for the most part, no, spiders cannot survive a vacuum cleaner if they happen to be sucked inside. What determines whether a spider will survive is the type of spider and the type of vacuum.

Small household spiders are almost certain to die when being sucked into a vacuum cleaner simply due to the trauma, especially if there’s a rolling brush.

If the vacuum has a bag, a spider who survived being vacuumed is likely to die from suffocation due to dirt and debris inside the bag, or hunger and thirst due to separation from food and water sources.

A spider is unlikely to be able to climb out of a bagged vacuum cleaner.

A spider may survive inside a bagless vacuum cleaner if it is the only thing inside the chamber and has a chance to crawl out. However, they are still likely to die from shock or trauma when being sucked in.

Will a Dyson vacuum kill a spider?

Since Dysons are bagless, the likelihood of a Dyson killing a spider is lesser than in a bagged vacuum.

According to a representative on Dyson’s Twitter, firstly, they do not condone the killing of insects. Secondly, they make no guarantee that a vacuumed-up spider will die in a Dyson.

Since the ends are open to allow for debris, the spider could crawl out if left to its own devices in the bin.

That is, of course, if the spider survived the sucking process. If you want to be sure the spider is dead, or won’t bother you anymore, make sure you dispose of the vacuum’s contents immediately after sucking it inside.

Do vacuums scare off spiders?

While spiders haven’t weighed in on whether they are scared of vacuum cleaners, it is known that they are very sensitive to noises and vibrations, something vacuums are very good at creating.

Even with eight eyes, spiders don’t have very good eyesight. They rely on their other senses to navigate the world around them. Their leg hairs are designed to detect vibrations such as prey getting caught in their web.

Vacuum cleaners may also discourage spiders from choosing to occupy a space by cleaning up any mess that may attract other insects that a spider would want to make a meal out of.

Do insects die in the vacuum cleaner?

Alongside their 8-legged arachnid friends, bugs and insects will also most likely die when they are sucked into a vacuum cleaner. If they survive the initial trauma of being sucked up without crushing their exoskeletons, they could die inside the bag.

Hardier insects such as cockroaches might survive the suction, only to die inside the vacuum cleaner itself by suffocating in the accumulated dirt inside.

If they were the only thing you sucked up, the bag was clean, and they survived the suction, however, there is a chance that they will not die in the vacuum cleaner. They should be able to crawl out unless you make sure to dispose of the bag or empty the canister right away after sucking up the bugs.

If an insect survived the suction and was sucked into a bagged vacuum cleaner, there is a chance that it will not die. Since their bodies are so small, the softer sides of the bag for the vacuum cleaner may not provide enough force when they are sucked inside to smash them.

Bagged vacuum cleaners, however, carry a higher chance of killing the insects via suffocation. A bagless vacuum canister may not kill the bug either and provides an easier way for them to crawl out once they recover from the shock of being sucked up.

Vacuuming can kill spiders if their exoskeletons are crushed by the suction, or they are drowned in water in the case of a water vacuum cleaner. Very small spiders are the ones most likely to be killed by being vacuumed up.

Larger spiders may not die when they are first vacuumed up, but they could die in the bag or the canister afterward due to suffocation, starvation, or from thirst. If the spider is the only thing that you have suctioned up, it may not die right away from the suction or by being crushed inside the bag.

Spiders are more likely to die in vacuums with bags after they get sucked up because it is harder for them to crawl out. They are sure to die if they are immediately emptied into an outside garbage bin or flushed down the toilet after you have sucked them up.

Spiders can also die in bagless vacuums due to being crushed by the pressure of the suction slamming them into the hard walls of the vacuum canister. Again, be sure to empty the canister immediately if you’re sucking spiders up with the intention for them to die.

A spider unharmed in a bagless vacuum canister is more likely to crawl out if it isn’t taken care of right away.

To be safe, empty all contents from the bag or canister into a trash can outside of the home right away. To be extra safe, spray the interior of the trash can with bug spray after emptying the contents. This is sure to be the final death sentence for any spider that somehow didn’t die by being vacuumed up.

Suctioning up a spider in a vacuum cleaner is a good way to kill one, but it is not a foolproof method of killing spiders.

While a spider is most likely to die by having its fragile body ripped apart or crushed in the process of being vacuumed, it could survive only to be killed inside the bag via starvation or suffocation.

Spiders that survive the vacuuming process and don’t die in the bag or canister have a chance at crawling out, so make sure if you are trying to kill the spider that it is disposed of immediately after being vacuumed, to increase its chances of not surviving! 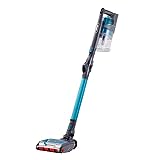 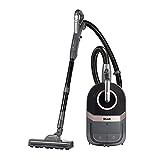 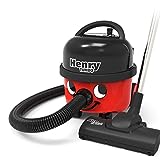 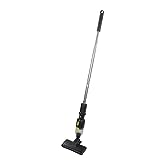 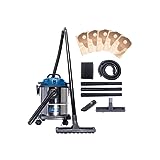 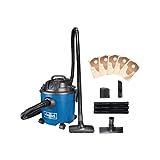